Sacre Noir
After kicking off their 2nd Summer Tour at New Life Glasgow (Bar Bloc) with the fantastic Hyperbubble from Texas, Sacre Noir will be performing with Hyperbubble again at Henry's Cellar Bar in Edinburgh. The night also features Shock and Awe and is on Sunday the 22nd of August from 730pm.
Sacre Noir @ Henry's Cellar Bar / 22nd August 2012 Facebook Event 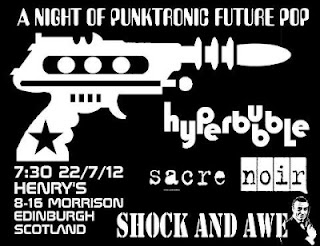 You can also catch Sacre Noir in the coming weeks on tour in Paris, Berlin and Scotland... 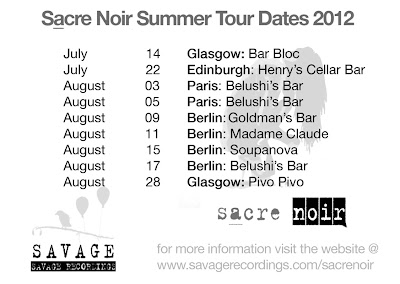 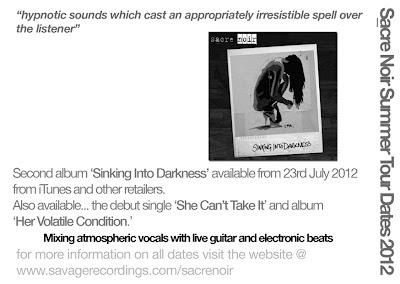 Posted by savage recordings at 13:11