"In 2012 we collaborated with David Sodergren of Boshpit Productions to create our debut music video - She Can't Take It. In this video we created a world beyond the frame featuring twisted clowns, broken dolls and otherworldly happenings. After the success of this video we were encouraged to create a trilogy of videos featuring this world with She Can't Take It forming the first episode.
2013 saw the release of our second video in this trilogy, produced in collaboration with Stuart Millar of Aristotle Events Filming - Rue Crimée. This video continued the story of the world beyond the frame and played with themes of madness and isolation.
In 2014 we took the reigns to create the third and final video of the series - It's Too Late Now. This release has been delayed due to the tragic death of Robbie Morrison (who appears in both Rue Crimée and It's Too Late Now) - however we feel the time is now right to unleash this music video alongside a Sacre Noir live show in Edinburgh."

Posted by savage recordings at 01:55 No comments: 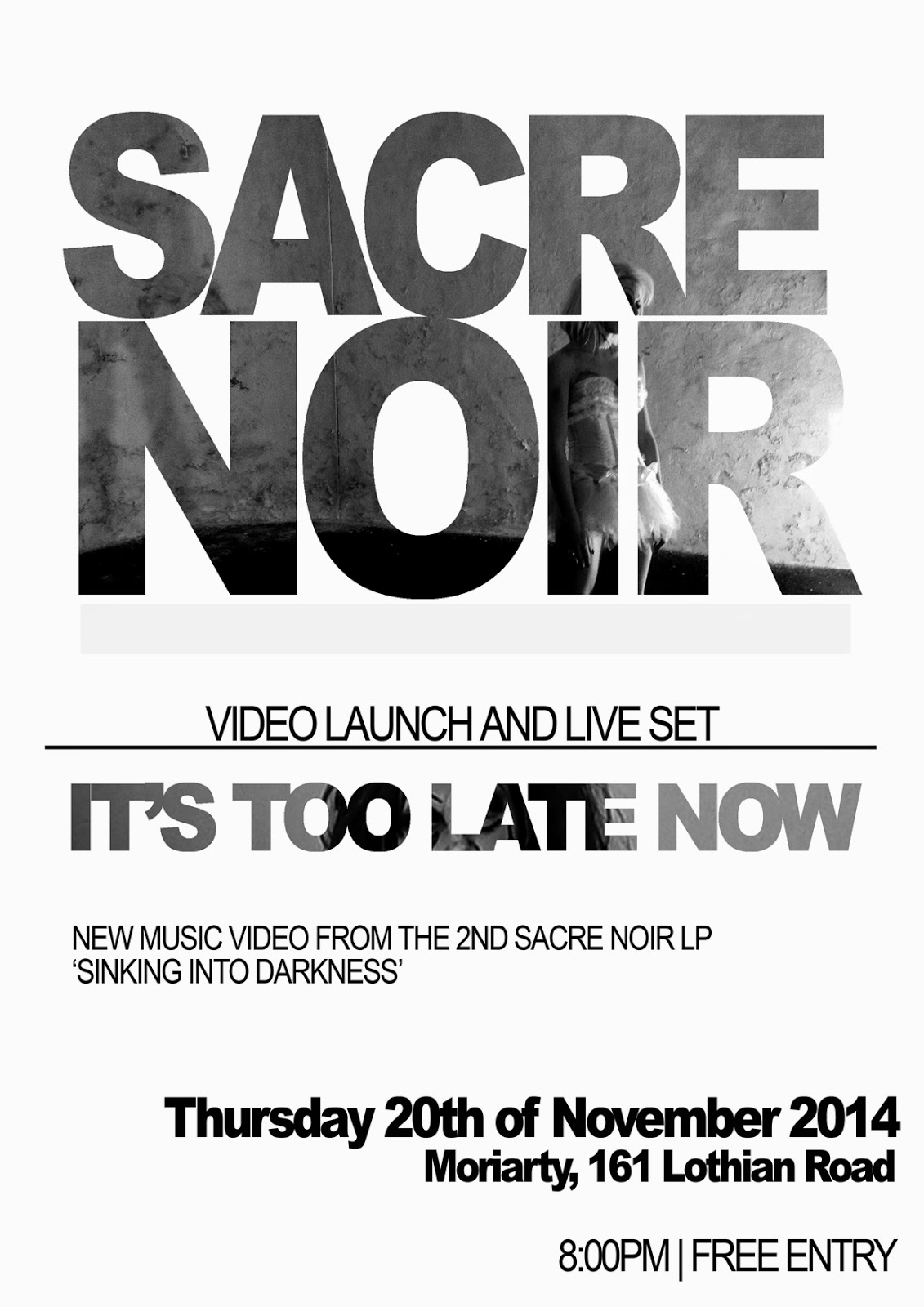 Posted by savage recordings at 03:30 No comments: