Sacre Noir
Live video of a brand new Sacre Noir track 'Matches' from it's debut outing last weekend. Thanks to Keep It Creative for this! Thanks also to Krafty Brew for having us & to Charly Houston Music for arranging the great line-up with UnderView, Declan Welsh and Miss Irenie Rose

Posted by savage recordings at 01:19 No comments: 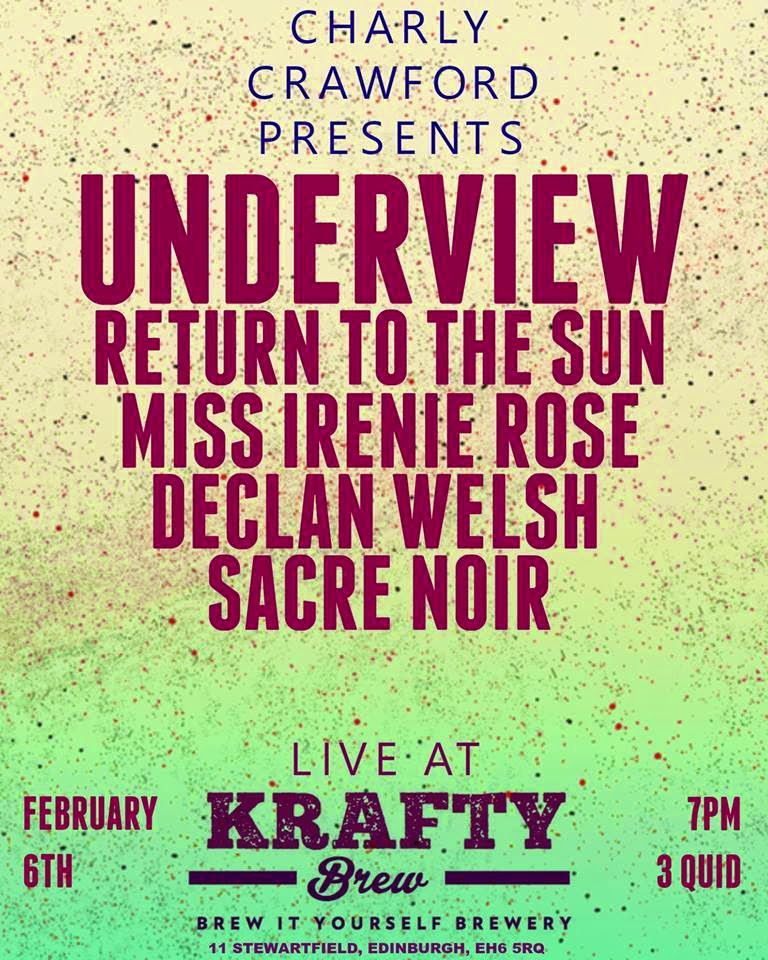 
Tickets are £3 on the door and the event kicks off at 7pm.
Posted by savage recordings at 10:59 No comments: